Enjoyed this. It has a great way of leading the player, while not feeling very pushy.  Good job!

also, this map is gorgeous! 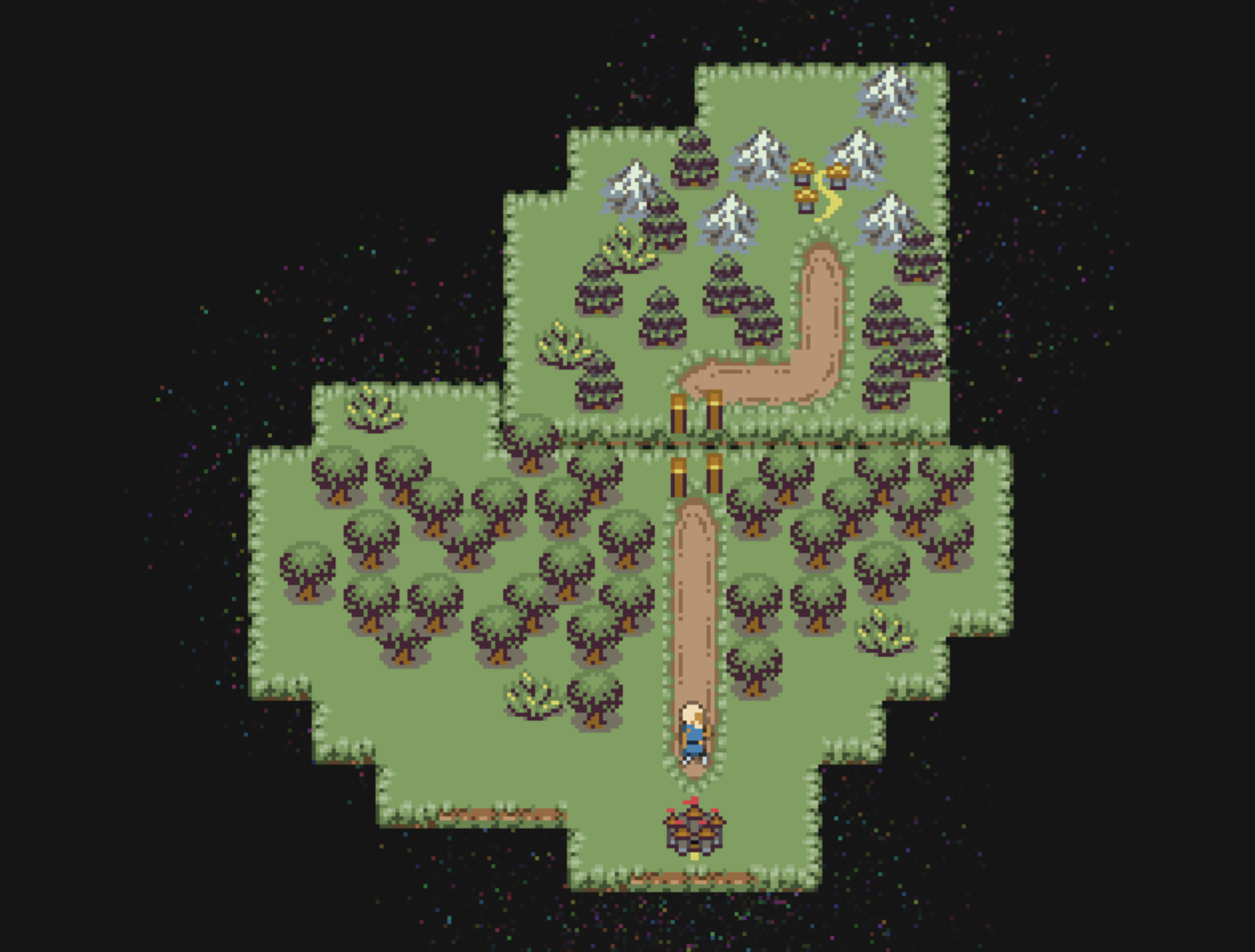 Spoilers & Secrets for those who have finished:

Spent more time translating that stupid dialogue with the secret guy than actually playing! After checking both the Ludem Dare Page and here and seeing no one figured it out, it  seems such a shame to have no one understand the mystery, if this game fades into obscurity. The text was a regular Caesar Cypher with 25 shift, and the weird O's are like mystery letters or spaces(I don't think there was much consistency between lines). Some of the letters are overlayed on top of one another, so I plugged in possible letters to find somewhat right ones. Sometimes no space between words or some outright mispelling(I don't remember for sure, I've been translating for over an hour now.), not to mention that(I 'm fairly certain this is true) not all punctuation works (' and ", I don't think any of the double apostrophes are closed, maybe that's on me). Anyhow, with some modifications(like spacing words,) here's what I got from it, and I probably messed up a few words along the way, so maybe check those last two lines a bit more:

Your family and hope are fake

You are in a never ending simulation-

You repeat a lie – “Your purpose is to entert in-

Your being controlled ‘ “ and watched –

Gone all will be revealed

Dammit I made an account just for this. Great game! I only wish it were longer.

How do you get to the secret guy?

Never mind. Found it. It was really clever how he hid it.